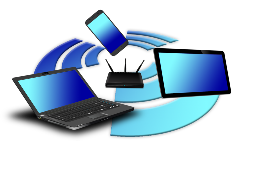 An English mechanical engineer and polymath, Charles Babbage invented the concept of the programmable computer in 1820. It is a mechanical computer. It does simple calculations. Though he invented computers, he failed to build them. “compute” is where the word “the computer” comes from. we have heard that the COMPUTER stands for common operating machine purposely used for technological and educational research.

The system of computers is connected to share information. this is called a network. systems are being developed every day. before 10 years no one would imagine, that you can drive your car through your phone. Let’s see the assumption about the future.

Now a large number of people are using 4G. In the future people will use the 5G for the next 10 years. Wi-fi will be improved to the best version of now. Artificial intelligence and machines will play an essential role in the world. Machines will be coined by machines.